Victoria here, continuing my walk through parts of St. James’s…I reached Marlborough House, once the residence of Edward, Prince of Wales (later Edward VII), and his wife Alexandra of Denmark. 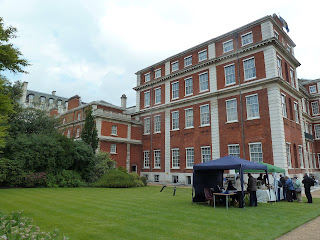 Since it was not only the day of Trooping the Colour but also part of the Open Squares weekend, the gardens of Marlborough House  were open to the public.  It is now the home of the Commonwealth Secretariat and Conference Center. The tents shown above not only dispensed hot tea, a necessity on this chilly day, but also displayed brochures and booklets on the 54 member nations of the Commonwealth.  Anyone for a vacation in Tasmania? 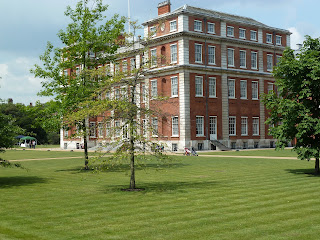 Marlborough House was built for Sarah Churchill, first Duchess of Marlborough by Sir Christopher Wren, closely bordering the grounds of St. James’s Palace.  Eventually the house was taken up by the crown and used by various members of the royal family.  For many years, as the residence of Edward and Alexandra, it was the home of the Marlborough Set, a late Victorian social circle around the Prince of Wales. 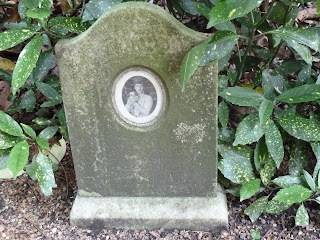 My favorite feature of these gardens was most definitely the Pet Cemetery where Alexandra’s dear little dogs are buried in a corner. 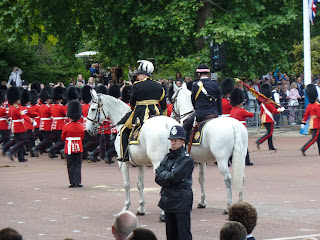 I walked to the opposite corner of the gardens and watched the troops escorting the Queen back to Buckingham Palace. I stood on a mound inside the wall that gave an excellent views, only partially blocked by the police and mounted officers along the route. 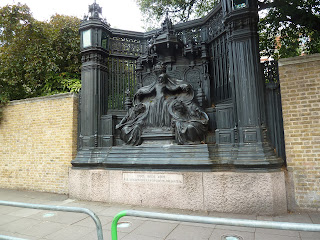 A memorial to Queen Alexandria is built into the garden wall of Marlborough House, just opposite St. James’s Palace. 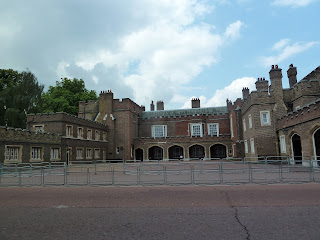 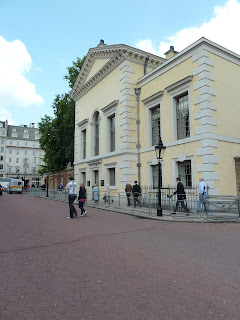 Queen’s Chapel, opposite St James’s Palace, north of Marlborough House
The Queen’s Chapel was built for Henrietta Maria, wife of Charles I, in 1625 and designed by Inigo Jones.  It is used for services at various times of the year that are open to the public.  It was originally Roman Catholic but is now Church of England.
﻿I walked around the corner of St. James’s Palace to the more familiar facade of the palace which faces north, up St. James’s St. toward Piccadilly. 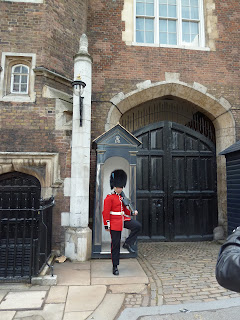 From here on, the royal connections are more limited: the warrants given to various merchants which supply the royal family and the memberships various royals hold in the gentleman’s clubs. 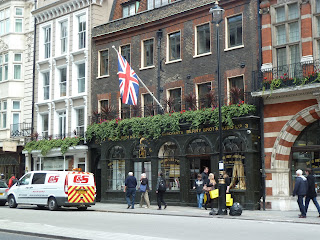 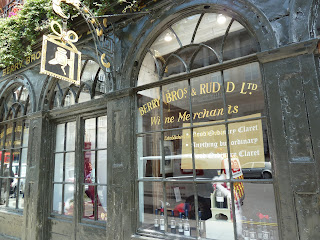 Through a narrow passage beside the shop is Pickering Place, a small courtyard reputed to be the sight of duels.
They must have involved swords for certainly it is too small for gun play. 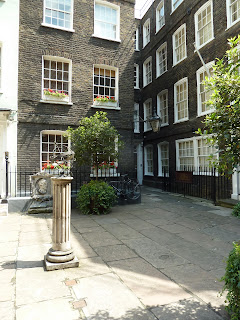 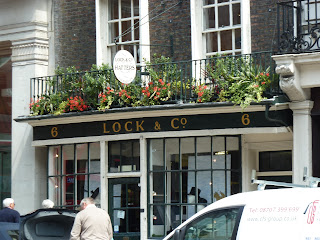 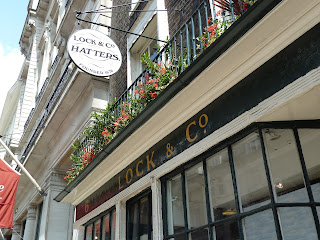 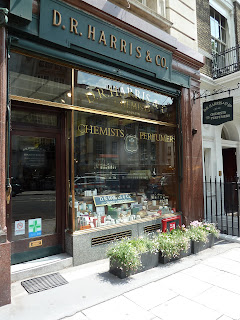 St. James’s Street is also the location of several of Britain’s most prestigious gentleman’s clubs. Below is Brook’s. 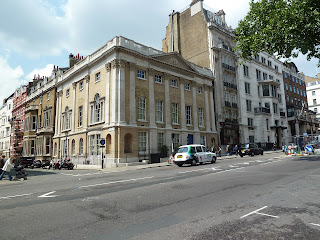 Here is the famous bow window of White’s. 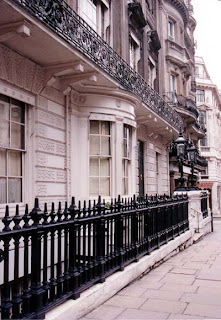 When I reached the top of St. James’s Street, at Piccadilly, I turned east once more and sought the comforting, yet stimulating, confines of Hatchards Bookshop.  Oh, to be there once more!!  Their website is here. 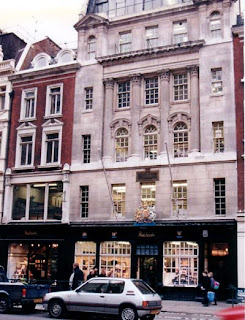 I will leave you here, as I immerse myself in some wonderful volume — most likely more about London or British history.