Washington Irving (1783-1859) was born in Manhattan, NYC, and traveled in Europe as a young man and later for business.  He was one of the first genuine American literary geniuses, famous for many stories and essays, especially The Legend of Sleepy Hollow and Rip Van Winkle. 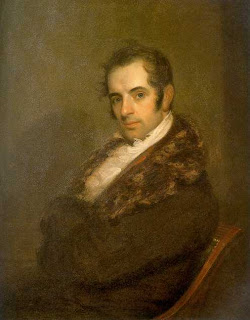 During his travels in England he wrote about Christmas celebrations in the countryside.  Below are a few excepts…for the entire text click here.  This is a long account, so I have eliminated large parts, which may be of interest to you, but in the spirit of the season, here is a taste… 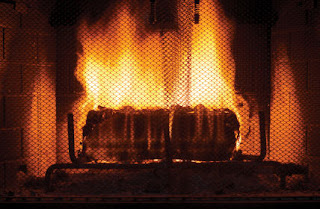 “…Of all the old festivals that of Christmas awakens the strongest and most heartfelt associations. There is a tone of solemn and sacred feeling that blends with our conviviality, and lifts the spirit to a state of hallowed and elevated enjoyment. The services of the church about this season are extremely tender and inspiring. They dwell on the beautiful story of the origin of our faith, and the pastoral scenes that accompanied its announcement. They gradually increase in fervour and pathos during the season of Advent, until they break forth in full jubilee on the morning that brought peace and good-will to men. I do not know a grander effect of music on the moral feelings than to hear the full choir and the pealing organ performing a Christmas anthem in a cathedral, and filling every part of the vast pile with triumphant harmony. 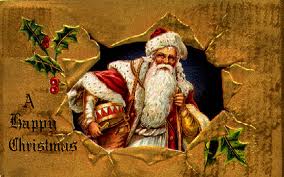 It is a beautiful arrangement, also derived from days of yore, that this festival, which commemorates the announcement of the religion of peace and love, has been made the season for gathering together of family connections, and drawing closer again those bands of kindred hearts which the cares and pleasures and sorrows of the world are continually operating to cast loose; of calling back the children of a family who have launched forth in life, and wandered widely asunder, once more to assemble about the paternal hearth, that rallying-place of the affections, there to grow young and loving again among the endearing mementoes of childhood. … 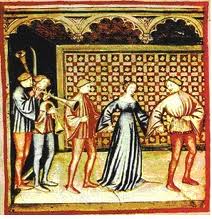 The English, from the great prevalence of rural habits throughout every class of society, have always been fond of those festivals and holidays which agreeably interrupt the stillness of country life; and they were, in former days, particularly observant of the religious and social rites of Christmas. It is inspiring to read even the dry details which some antiquarians have given of the quaint humours, the burlesque pageants, the complete abandonment to mirth and good-fellowship with which this festival was celebrated. It seemed to throw open every door, and unlock every heart. It brought the peasant and the peer together, and blended all ranks in one warm generous flow of joy and kindness. The old halls of castles and manor-houses resounded with the harp and the Christmas carol, and their ample boards groaned under the weight of hospitality. Even the poorest cottage welcomed the festive season with green decorations of bay and holly–the cheerful fire glanced its rays through the lattice, inviting the passenger to raise the latch, and join the gossip knot huddled around the hearth, beguiling the long evening with legendary jokes and oft-told Christmas tales. 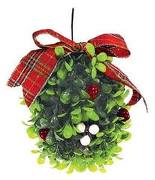 … The traditionary customs of golden-hearted antiquity, its feudal hospitalities, and lordly wassailings, have passed away with the baronial castles and stately manor-houses in which they were celebrated. They comported with the shadowy hall, the great oaken gallery, and the tapestried parlour, but are unfitted to the light showy saloons and gay drawing-rooms of the modern villa.

Shorn, however, as it is, of its ancient and festive honours, Christmas is still a period of delightful excitement in England. It is gratifying to see that home feeling completely aroused which seems to hold so powerful a place in every English bosom. The preparations making on every side for the social board that is again to unite friends and kindred; the presents of good cheer passing and repassing, those tokens of regard, and quickeners of kind feelings; the evergreens distributed about houses and churches, emblems of peace and gladness; all these have the most pleasing effect in producing fond associations, and kindling benevolent sympathies. Even the sound of the waits, rude as may be their minstrelsy, breaks upon the mid-watches of a winter night with the effect of perfect harmony. As I have been awakened by them in that still and solemn hour, “when deep sleep falleth upon man,” I have listened with a hushed delight, and, connecting them with the sacred and joyous occasion, have almost fancied them into another celestial choir, announcing peace and good-will to mankind. 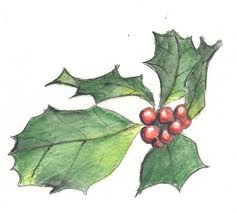 How delightfully the imagination, when wrought upon by these moral influences, turns everything to melody and beauty: The very crowing of the cock, who is sometimes heard in the profound repose of the country, “telling the night-wa
tches to his feathery dames,” was thought by the common people to announce the approach of this sacred festival:

“Some say that ever ‘gainst that season comes
Wherein our Saviour’s birth is celebrated,
This bird of dawning singeth all night long:
And then, they say, no spirit dares stir abroad;

The nights are wholesome–then no planets strike, no fairy takes, no witch hath power to charm, So hallow’d and so gracious is the time.”

Amidst the general call to happiness, the bustle of the spirits, and stir of the affections, which prevail at this period, what bosom can remain insensible? It is, indeed, the season of regenerated feeling–the season for kindling, not merely the fire of hospitality in the hall, but the genial flame of charity in the heart….”

Have a happy, old-fashioned holiday!!