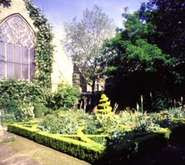 Victoria here.  On two occasions, I have had the privilege of visiting the Garden Museum in London. It is located in a small building, St. Mary’s Church before it was de-consecreated, and stands next to Lambeth Palace almost on the Thames. 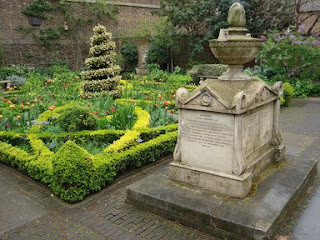 The small knot garden was designed by the dowager Marchioness of Salisbury, a well known and expert gardener.  It occupies part of the graveyard of the former church and includes the graves of John Tradescant, one of history’s first and most important plant collector from distant shores.  Another large memorial is for Captain William Bligh, of Mutiny on the Bounty fame.

The interior of the church has been adapted with a prize-winning plan to offer more space for displays without compromising the old walls and windows of the 14th century building. 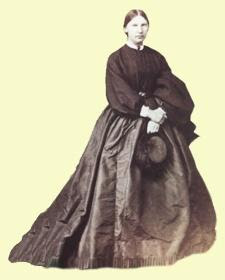 My first visit was for an exhibition on Gertrude Jekyll (1843-1932), one of the gardening world’s most distinguished practitioners. Of course, everyone immediately wants to know if she had anything to do with Robert Louis Stevenson’s Dr. Jekyll and Mr. Hyde.  The answer is maybe. Her brother was a friend of the author. But I have always heard Miss Jekyll’s  last name pronounced as GEE-kull. 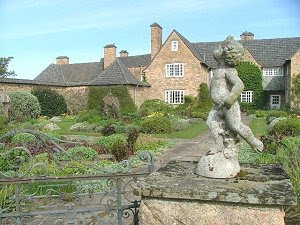 Gertrude Jekyll is best known for the country gardens she designed, many in association with the distinguished architect Edward Lutyens (1869-1944).  They collaborated on the famous house Greywalls, 1901, in Gullane, Scotland, now known as the club-hotel at Muirfield Golf course on the Firth of Forth, near Edinburgh, sometimes home of the British Open Golf Tournament. Greywalls was often the vacation retreat of Georgette Heyer, one of my favorite authors. 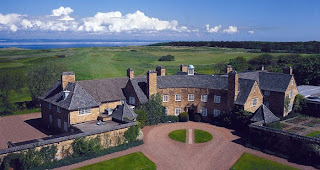 I was visiting in Dirleton Scotland, a village just down the road, when a group of us decided to have tea in the Jekyll Gardens at Greywalls. Despite the emphasis on visitors interested in the golf course, they welcomed us and fed us a lovely tea. 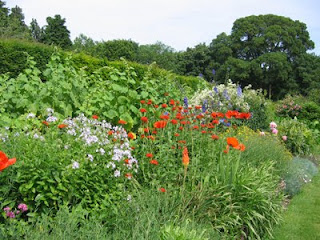 Jekyll designed her gardens in “rooms” of various color combinations and design themes. I suppose we think of her herbaceous borders more than any other specific technique, but she never stopped experimenting with new and different arrangements of color, texture and scent. 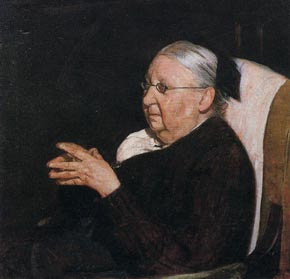 The official site is here. You can learn even more about her here where there is information about her own garden at her house Munstead in Surrey.

As long as we are talking gardens here, I will drop in a picture of the Chelsea Physick Garden. This is one of the most interesting places in London if you love gardens. I can’t pretend to have visited here long enough to know it well, but someday, I’ll go back and spend more time.  Isn’t that always the way when visiting places we love?  Tempus fugit. 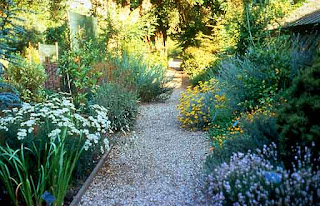 As Kristine and I are going to be in London for the Open Garden Squares Weekend (see right sidebar), we are hoping to pop our heads into a number of gardens that are usually closed to the public. Do click on the link at right to find out more about this event. Also, this post will serve to officially kick off a series of garden posts that will begin on July 5th was a post from Kristine on “Mr. Lee of Hammersmith.”

6 thoughts on “The Garden Museum, London”