In my last list were some great films. In this list, some of them were television series and all come from classic English novels.  Let me warn that I am not including any of the Jane Austen adaptations, because I intend to write about them in another post. Later. 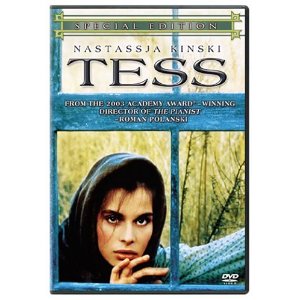 Thomas Hardy was a great Victorian novelist whose long, dark novels can be the bane of English literature students. But he is also a brilliant prose artist, and he wrote many passages in Tess of the D’Urbervilles (1891) which are absolutely poetic. My favorite film version is Tess by director Roman Polanski (1980) which captures the poetic quality of the countryside and in the personality of Tess, played by Nastassia Kinski.  Subsequent versions are not as well done, in my opinion. 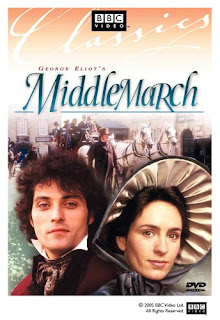 George Elliot (aka Mary Ann Evans 1819-1880) wrote several novels I passed up for many years because I had to read Silas Marner in 7th grade. I hated it.  But when I finally discovered her Middlemarch (1871), I loved the book. The BBC version screenplay was written by Andrew Davies, one of Britain’s premier adapters of great novels for the screen.  I saw it first on Masterpiece Theatre in 1994, starring Juliet Aubrey and Rufus Sewell. 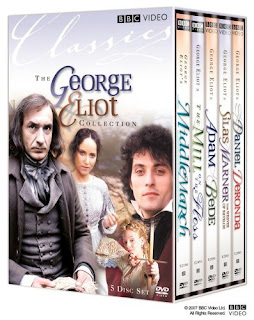 If you want to try Silas Marner or Mill on the Floss or other Eliot stories, you might be interested in this collection from BBC Video. Personally, I like Middlemarch the best by far. 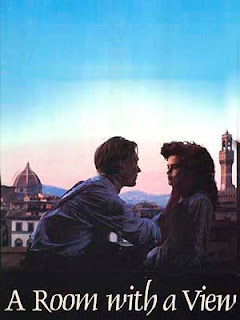 My favorite of the celebrated films of Ismail Merchant and James Ivory is Room With a View (1985), from the novel of the same name written by E. M. Forster which appeared in 1908. Starring Maggie Smith and Helena Bonham Carter, the film is lyrical and compelling, both at the same time.  The trio of Merchant as producer and Ivory as director with Ruth Prawer Jhabvala as screen writer is also responsible for two more favorites of mine: Howard’s End (1992), also based on a Forster novel, and Remains of the Day (1993), based on a novel by Kazuo Ishiguro. 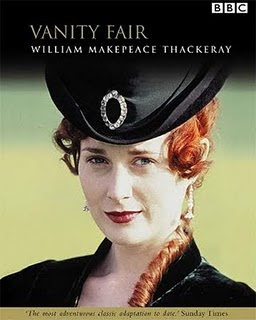 Vanity Fair by William Makepeace Thackeray has been filmed or on television in at least six versions.  I can’t pretend to have seen all of them, but the last several I have watched and my choice among them is the miniseries from the BBC from 1998 starring Natasha Little as Becky Sharp, one of literature’s most fascinating non-heroines. Thackeray called Vanity Fair a novel without a hero and so it is. The screenplay for the 1998 version was written by Andrew Davies and the extended length allows the whole story to unfold. See an excerpt here. The music is not from the film but the thought is correct! 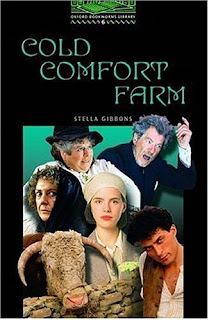 Cold Comfort Farm is humourous novel by Stella Gibbons, published in 1932 which parodies many novels comparing urban and rural life. The 1995 film starred Kate Beckinsale as Flora, Eileen Atkins as Judith Starkadder, and Rufus Sewell as Seth.  It is very funny and worth watching several times.

If you think I am obsessed with the films of Rufus Sewell in these two movie posts, just wait until I do a post just about him. Sigh.

Can’t wait, can you? 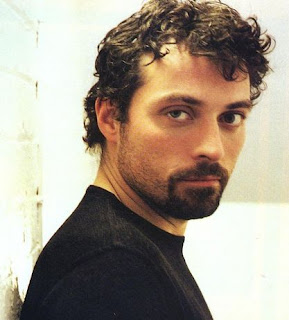 1 thought on “England in the Movies, continued…”