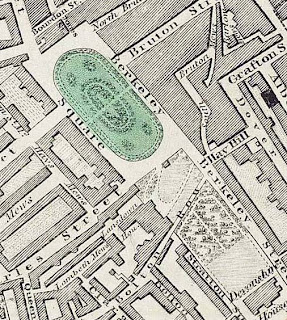 One of the spots in London that Kristine and I plan to visit is the Lansdowne Club. It occupies the remaining part of Lansdowne House, built in the 1760’s and partially torn down in the 1930’s to put through a street to Berkeley Square. In its former glory, the house had a garden which met the south side of the Square. This former garden property is now office buildings (one called Lansdowne House).
On the 1830 map of London, you can see that the original Lansdowne garden (lower left) was positioned to allow a clear view of Berkeley Square from Devonshire House on Piccadilly (fully demolished in the 1920’s). Lansdowne House itself actually faced east.
Only in our imaginations can we picture the way Lansdowne House looked before the wreckers arrived. But in the Club, some of the original rooms designed by Robert Adam (Scottish, 1728-1792) have been preserved and recently restored to their full beauty. 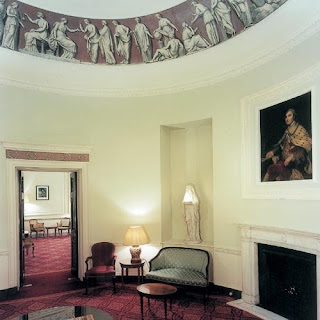 One of these rooms, The Round Bar, displays pictures of Benjamin Franklin, John Jay and John Adams, for it was here that these gentlemen signed the preliminary agreements that led to the Treaty of Paris of 1783 that ended the American Revolution and established the independent United States of America. In the picture from the Club’s website, Lord Lansdowne’s picture is on the wall.
At the time, Lord Shelburne (who was named Marquis of Lansdowne in 1784), prime minister for part of the war, led the British negotiators. On my first visit to the Club, one of the barmen overheard our American accents and showed us around. If you are a member of a private club in the U.S., check to see if you have reciprocity with the Lansdowne Club, and if you do, when in London you can enjoy a visit for a meal or tea or even stay in one of the lovely bedrooms on the premises.

After parts of Lansdowne House were demolished, the Club added facilities including a swimming pool, workout areas, and the dining room on an upper floor. In keeping with the styles of the day, these areas were designed and decorated in the Art Moderne style. The juxtaposition of the Adam and Deco styles works amazingly well. The entrance foyer, the Adam Room, the Round Bar, and the ballroom are the originals, beautifully restored.
Two of the rooms removed in the partial demolition are in U.S. museums. The brightly-colored saloon, a main reception room in the house, is in the Philadelphia Museum of Art. The Adam designs, many based on motifs from classical sites uncovered in his lifetime in Pompeii, are brilliant. The dining room is in the Metropolitan Museum of Art in New York City. 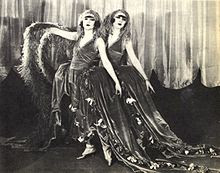 Another amusing American connection is the fact that H. Gordon Selfridge, who founded the great department store on Oxford Street, leased Lansdowne House in the 1920’s before it suffered its partial demise. Selfridge was born in Wisconsin and was an executive with Marshall Field & Co. in Chicago before he moved to England. During Selfridge’s tenure, the house was the scene of many famous parties, most attended by his intimate friends, the celebrated dancing Dolly Sisters.

The Dolly Sisters, above; left, Selfridge’s on Oxford Street

More on Lansdowne House, the family, and their country home at Bowood will be posted soon.

Below, The Adam Room in the Lansdowne Club 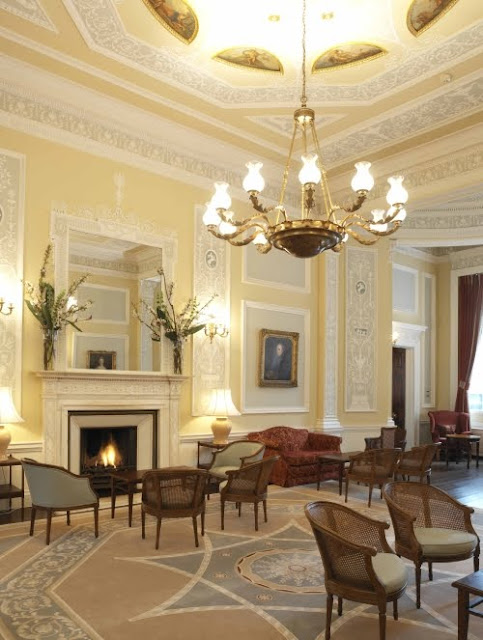 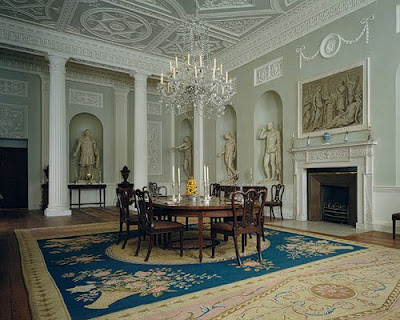 Above, the dining room in the Metropolitan Museumn of Art, New York 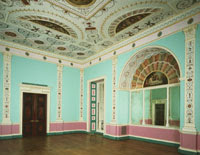 Above, the Drawing Room in the Philadelphia Museum of Art

1 thought on “The London and Waterloo Tour: The Lansdowne Club”